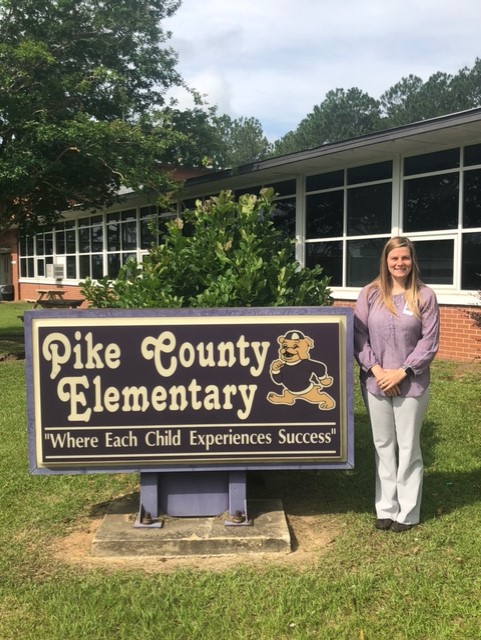 Bio
My name is Mrs. Rochelle Duebelt McKenney. I earned my B.S.E. from Troy University in  December 9, 2005 and hold a dual Alabama teaching license in Elementary Education and Special Education K-6. I received my Masters of Science in Education degree in the area of Collaborative (Special Education) Teacher K-6 from Troy University December 10, 2010. I spent my first year and a half in Barbour County teaching Special Education from December 2005-June 2007. I was hired in the Pike County Schools System at Banks in August of 2007 (which was both a dream and an answered prayer I prayed for several years). I have taught fourth, third, and first grades while at Banks. In 2014, I was reassigned as the Collaborative/SPED/Special Area Teacher for preschool-fourth grades. I then went on to further my education by earning administrative certification in Instructional Leadership from the University of West Alabama in May 2020. My hobbies include running, reading, writing, and being outdoors. I was married to Scott McKenney in April of 2013. I have two wonderful boys, Gage and Ethan. I am a huge Auburn fan. War Eagle! I thank my God that I am here at Pike County Elementary School and in the Pike County School System!